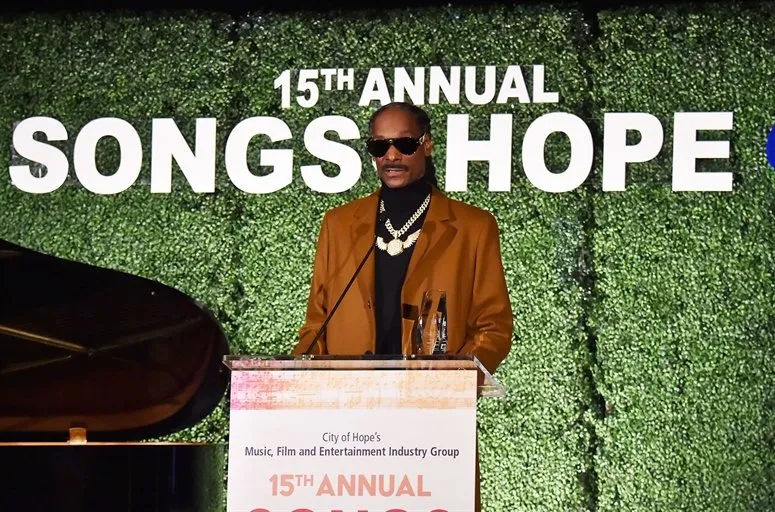 Attended by more than 300 music industry executives, the evening honored songwriters and composers. This year’s recipients included Boi-1da, best known for his work with Drake, Rihanna and Kanye West, and iconic songwriter Diane Warren, both of whom were given the Clive Davis Legend in Songwriting Award by the honor’s namesake.

Universal Music Publishing Group CEO/chairman Jody Gerson presented Tierra Whack with the UMPG She is the Music award. Facebook’s Zeina Grenier gave Hayley Kiyoko the Facebook Songwriter Impact Award for the connection the young artist has developed with her fans via social media.

Also honored were composer Marc Shaiman by Electronic Arts worldwide executive/president of music Steve Schnur, who told a hilarious story about the lengths he went to gain respect from an oblivious Shaiman while the two were growing up together in Scotch Plains, N.J. After receiving the EA composer of the year award, Shaiman, composer for such films and plays as Hairspray, Beaches and Broadcast News, sang a parody — “Print Master,” to the tune of “Goldfinger” — about the many ways in which the volume for scores gets turned down in films for sound effects, dialogue, and even songs by the likes of Warren.

“Diane Warren, you punk, keep that song in your trunk/she’s so rich, even Snoop Dogg is her bitch,” he sang to her, who was sitting on the front row. He also joked that he and Warren were the “Susan Luccis” of the Academy Awards: he has been nominated and lost seven times compared to Warren’s 10 attempts.

While most of the recipients gave very short acceptance speeches, The-Dream (Terius Nash), who received the Warner Chappell Music Beacon of Excellence award from W/C’s A&R chief Ryan Press, spoke movingly about losing his mother to ovarian cancer when he was 15. Nash, who was written hits for Britney Spears, Rihanna, Beyonce and Mariah Carey, noted that when people ask “Why do you write women’s anthems so well?” he answers that he’s doing it to honor his mom. “I get to put her in one of them every time.”

The evening’s most stirring speech came from City of Hope’s Dr. Linda Malkas, who received the Songs of Hope Beverly and Ben Horowitz Legacy Award from former Universal Music Group COO and UMPG CEO/chairman Zach Horowitz and his sister and niece. Malkas, who is a molecular oncologist, told of meeting the father of a young girl with neuroblastoma when she was working in Indiana and becoming close to him and his wife after their child died from the disease. They encouraged her to try to find a cure for the brain tumor. Shortly thereafter, City of Hope called and Malkas realized doing research at the hospital was her chance to try to find a cure since “Pharma is not going to look at my protein.” She and her husband, also a doctor at City of Hope, moved their five dogs and eight cats to Duarte, Calif., where City of Hope is based. The pair have since developed a drug that fights against neuroblastoma and other cancers and goes into clinical trial this spring. The name of the drug is AOH 1996, taken from the initials of the young girl who died and the year of her birth.

Snoop, who referenced working with many of the other songwriters in the room (and hinted at smoking pot with Warren), talked about how the league, “his treasured baby,” has taken 7-and 8-year old players, many from disadvantaged neighborhoods, and seen them grow up to play college and pro ball and “they still call [me] coach.”

“I love being a leader,” he shared. “I love leading people from the dark to the light. I love being able to have a platform where I can put people from all walks of life together. I don’t do it for attention, I do it because it’s needed.”

In its 15 years, Songs of Hope has raised more than $4.1 million for City of Hope, contributing to the City of Hope’s music, film and entertainment industry group’s tally of more than $124 million raised for the hospital. That amount will likely top $130 million following Oct. 10’s City of Hope’s Spirit of Life dinner, honoring Epic Records chairman/CEO Sylvia Rhone in Santa Monica, Calif.